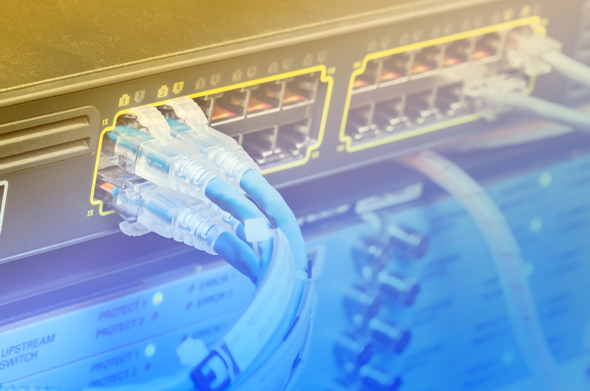 GTS Central Europe (GTS), a leading telecommunications operator in the CEE region is enhancing its Ethernet infrastructure. Today, GTS Group has presented details of its new services based on its Ethernet platform, as well as plans for future development in this area. This new strategy uses the new Ethernet platform to give customers a totally flexible and scalable portfolio of managed Layer 2 services, along with substantially reduced total costs of ownership (TCO). A unique advantage of the GTS Ethernet network is its dense coverage of the whole central Europe region.

“Our Ethernet technology provides a much higher data transfer efficiency than an equivalent standard broadband connection,’’ said Ignacio Irurita, CTO at GTS Group. “And this is one of the reasons why we are investing more than 10 million euro in the gradual expansion of our proprietary Ethernet network this year, including unrivalled coverage in five countries of central and eastern Europe. We expect demand for Ethernet services to grow by more than 20% annually from 2010 onwards; hence we want to be ready to satisfy the changing needs of our customers in this area.”

GTS has built its new carrier grade Ethernet network to offer a wide Ethernet product portfolio available everywhere in the CEE region to every business customer, especially for those with branches in multiple locations, so that they can achieve more effective administration and management of their networks. A telecommunication services portfolio has been developed for high-speed connection of local area networks as well.

Ethernet services are a perfect alternative to traditional leased line (SDH), and provide a wide range of benefits to customers:

• Fast transmission of large volumes of data, voice or video – ideal both for primary and secondary network connectivity, voice and video conferencing, and centralized applications

• Total bandwidth flexibility, scalability and with a wide range of capacity options

Three services will be introduced – GTS Ethernet Line, GTS Ethernet LAN and GTS Ethernet NNI. These will be offered for different speeds up to the standard 10 Gigabit Ethernet (GigE), which gives the customer the freedom to select an appropriate speed suited to their preferences. In addition to this, GTS guarantees exceptional network reliability thanks to continuous monitoring, diagnostics, centralized administration and management.

GTS Ethernet Line was launched on June 17, 2010,and is offered in two versions:

Ethernet Virtual Private Line (EVPL) – port plus VLAN based service, which can be configured to support multiple EVCs on a single port. This is a perfect solution for connecting many locations in a hub-and-spoke native LAN. GTS Line is a fully managed high-speed service provided over Layer 2 Carrier Ethernet Network technology.

In the third quarter of the year, the GTS Group plans to launch its GTS Ethernet LAN, offering multi-point L2 VPN connection.

The process of integration and expansion of the GTS Ethernet network began in November last year. A new Ethernet network was built upon existing fibre networks covering five countries of Europe: the Czech Republic, Hungary, Poland, Romania, and Slovakia. During the first three months, 15 key nodes constituting the core of the network were installed in the largest European countries. The objective is to have more than 450 network nodes installed by the end of 2010 in those cities where the Group already operates proprietary fibre networks. GTS plans to introduce Ethernet POPs at key interconnection points in western Europe, e.g. Frankfurt and Vienna, in order to further enhance cooperation with international access providers.