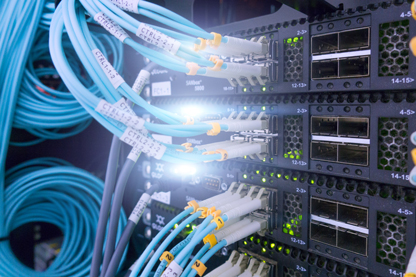 GTS Central Europe (“GTS”), a leading infrastructure based telecommunications operator in the region has established a second optical cable border crossing into Serbia and expanded the company’s regional optical network towards Slovenia as well. The expansion of GTS deeper into Southeast Europe is an integral part of the group’s efforts to become the premier provider of business telecommunication services within the Central and Eastern European (CEE) and Balkan regions.

Starting from Szeged in southern Hungary, GTS has implemented the company’s second optical cable border crossing at Röszke as part of a network expansion towards Serbia. GTS now offers customers redundant, high speed connections as far as Belgrade. The initial capacity is nx10 Gbps, but the network is ready to be upgraded to nx40 Gbps.

As the first step in its expansion towards Slovenia, GTS has interconnected with a leading player in the Slovenian telecommunications market, enabling GTS to provide wholesale service to telecom partners from November 2010.  To make the interconnection possible, GTS extended its optical network by 81 kilometres from Zalaegerszeg in southwestern Hungary to Rédics, a settlement located on the Slovenian-Hungarian border.

“GTS sees great potential in the recently liberalized and more competitive southeast European telecommunications market,”said Artur Ostrowski, Head of International Services at GTS. “The possibility of extending our high capacity backbone network services, already available with strict and standardized technical specifications within the whole of Central Europe, to Belgrade, will give our customers a significant competitive edge. One of the reasons this region is of key importance to us is that it is an excellent starting point for our network expansion plans toward Bulgaria, Macedonia, Kosovo and Albania.”

Currently, GTS operates a fiber optical network which exceeds 17 thousand kilometres throughout the CEE region and interconnects the largest cities of the Czech Republic, Slovakia, Poland, Hungary and Romania.