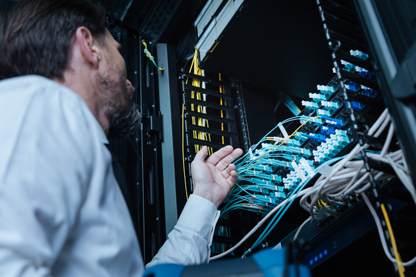 GTS Central Europe (GTS), a leading telecommunications operator and data center service provider in CEE, has established interconnection with ancotel’s Ethernet Virtual Platform, which will help GTS to gain efficient access to the community of Global Ethernet Partners. International Carriers will have now the additional opportunity to expand their Ethernet connectivity over Central and Eastern Europe (CEE) in a simple and effective way.

The ancotel’s Ethernet Virtual Platform located in Frankfurt operates similar as Ethernet exchange, which enables carriers to reach any other carrier via just a single connection. The Exchange will enable new GTS customers seamless interconnection with GTS Ethernet network, which links now over 13,000 buildings across the Czech Republic, Hungary, Poland, Slovakia and Romania, with 100 new buildings added each month. Expanding network with this kind of interface makes it possible to carriers to establish desired routes fast, with ease and without any need of large investments.

“Over the last years GTS has vastly invested in its end-to-end homogeneous Ethernet platform across the CEE region.Geographic coverage is a competitive differentiator, and we remain focused on  new ways to deliver Ethernet services to sites we cannot reach directly” said Bruce Garrison, VP and Head of International Services. “Our decision to join ancotel’s Virtual Ethernet Platform follows interconnection with Equinix Carrier Ethernet Exchange in October this year and complements the existing E-NNI interconnections with our partners’.

GTS is the first and only Central and Eastern European-based provider to offer MEF-9 and MEF-14 certified services, while the company’s network engineers, are the first in the region to complete the MEF Professional Certification Program, validating their Carrier Ethernet expertise. Recognized by Metro Ethernet Forum (MEF) in Carrier Ethernet Awards as the ‘Regional Service Provider of the Year – EMEA 2011’, the company confirms its forefront position with Ethernet Services in the region.

ancotel group, headquartered at Kleyer 90.® in Frankfurt am Main, Germany, operates Europe’s largest and most important telecommunications and data network node.  This gives international carriers and providers a centralised high-performance marketplace for their broadband and communications services. As an independent company, ancotel is the leading provider of services related to carrier neutral colocation, telehousing and interconnection. Founded in 1999, more than 400 carriers are currently joined under ancotel’s umbrella. ancotel’s physical and virtual meetme rooms (mmr) connect voice and data providers with each other, and enable them to service their customers. In addition to classic physical cross-connections via fibreglass, coaxial and twisted pair copper cable, ancotel is increasingly focusing on virtual mmr platforms and managed services. Besides its headquarters in Frankfurt am Main, ancotel group has locations in London, Hong Kong and New York.