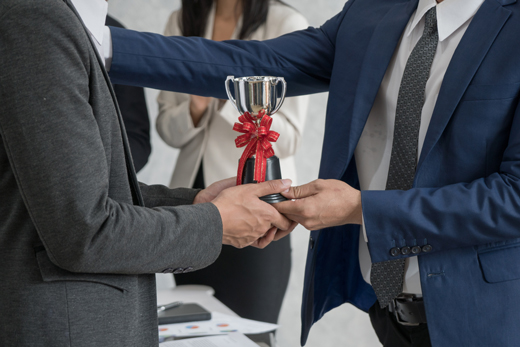 GTS Central Europe (GTS), an infrastructure-based telecommunications operator and provider of data center services in Central and Eastern Europe (CEE), received the award for ‘Best Central and Eastern European Wholesale Offering’ at the Capacity Awards ceremony, held in Amsterdam on November 15, 2010. For the fourth time and the second consecutive year, GTS has won this prestigious accolade from Capacity Magazine, recognizing the leadership of GTS in the development of its wholesale strategy in the CEE region.

“The judges chose GTS Central Europe for its investment in services across emerging eastern European markets. Since being acquired by private equity funds Columbia Capital, M/C Venture Partners and Innova Capital in 2008, the company has been on an investment spree to enrich its offer, not only providing its enterprise services in relatively well developed locations like Prague and Warsaw, but also in less obvious places like Ukraine, Latvia, Slovenia, Bulgaria, Croatia and Serbia” – said Angela Partington, Capacity editor.

Over the last year, the company has continued to invest selectively in its access and long-haul networks.  2010 saw GTS acquire three telecom providers: Datek, Interware and Dial Telecom, which further improved the metropolitan fiber and radio access networks in Romania, Hungary and Slovakia. Furthermore, GTS extended its regional fiber network by establishing new border crossings to Serbia and Slovenia, expansion of its data center footprint with the recent opening of a new facility in Prague and rolling out a regional Ethernet platform across the Czech Republic, Hungary, Poland, Slovakia and Romania with interconnection points in each country as well as in Frankfurt and Vienna.

“We are delighted to again receive the ‘Best Central and Eastern European Wholesale Offering’ award,” said Artur Ostrowski, SVP, Head of International Services. “This recognition is very encouraging for the entire GTS team, and at the same time it challenges us to continue to exceed the ever-growing expectations of our customers. I believe that the combination of network reach, comprehensive product portfolio and our commitment to further network and service development will allow GTS to maintain its position as the preferred partner in the CEE region.”

The Capacity Award for ‘Best Central and Eastern European Wholesale Offering’ in 2010 was based on five criteria: network quality and performance, network reach, speed to market, pricing strategy, and overall investments in the network.